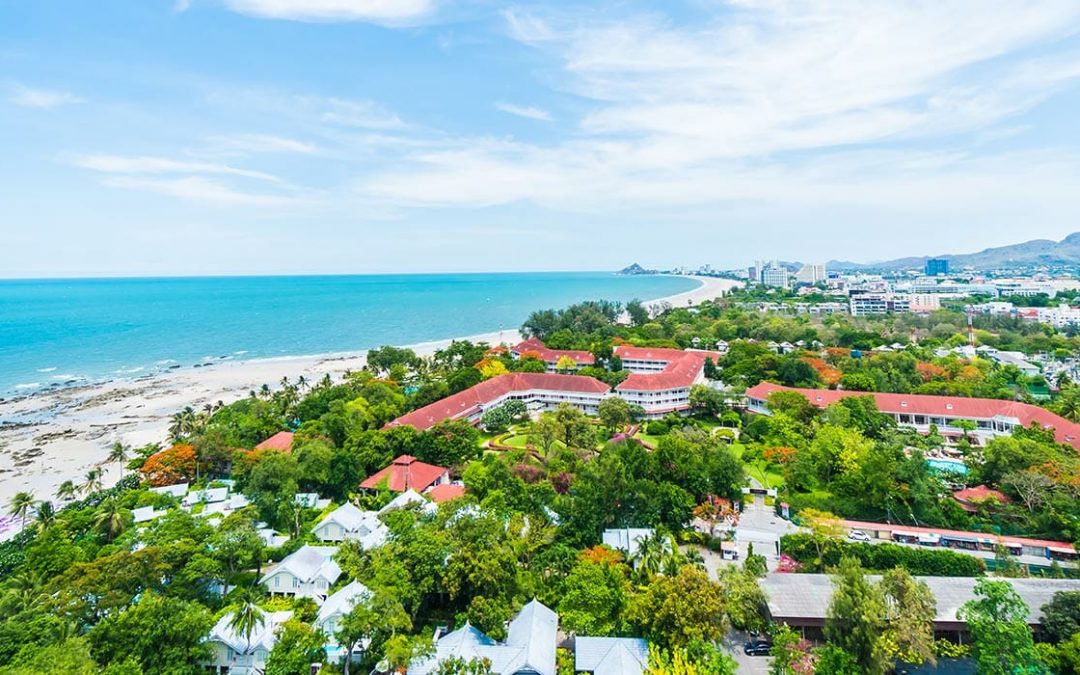 When there is an incident in Hua Hin where a foreigner has physically suffered as the result of a criminal act, that’s news, BIG news. Why?, because it is such a rare occurrence; that it hasn’t been ‘normalized’ as may be the case in many big cities worldwide.

For example three years ago British family members were assaulted near a local entertainment precinct, sending the media into a feeding frenzy. But that single incident along with a very revealing video, may have given some the false impression that Hua Hin is a dangerous place for foreigners. Personal safety is a common concern of those considering a move to Hua Hin.

The most serious safety issue for foreigners in Hua Hin is really about road safety. There are also health safety issues posed by mosquitos (dengue fever) and being attacked and bitten by a stray dog is also high on the list.

Our first consideration is the threat of violent crime. There is a perception among some of those living in Europe and North America that Southeast Asia and therefore Hua Hin is potentially a dangerous region to visit or to reside; but is this perception justified?

Violent crime isn’t fun to think about, but homicide tends to have the most accurate data and be an indicator of other violent crime. When looking at the numbers we can see that Thailand isn’t particularly dangerous.

According to the US Bureau of Diplomatic Security, “violent crimes, such as murder, rape, and assault, against Americans and other foreigners (in Thailand) are relatively rare. When they do occur, such crimes typically happen at night, often when victims have been drinking and/or are separated from their companions. These crimes are most common in Bangkok, Pattaya, Chiang Mai, and in tourist areas in southern Thailand, including Phuket, Koh Samui, Koh Phangan, and Krabi”.

There are some places in the world which are not recommended for solo women travelers. Thankfully, Hua Hin is not one of these places. Not only is Thailand more safe for women than most countries in Africa and Latin America, it’s also much safer than Europe.

Sexually-motivated violence is most likely to occur at parties, discos, or beaches (e.g. the Full Moon Party on Koh Phangan). It’s also more likely to involve a non-Thai as the perpetrator.

The obvious higher risk zones for criminal violence against both men and women are places where the alcohol is flowing and where the patrons of bars or rowdy parties may not be behaving at their best. That’s a scene that is not the Hua Hin style which offers much more family friendly entertainment.

It’s best not to be alone; stay away from areas that are not well lit and listen to your instincts. If you feel uncomfortable about your surroundings, that’s a feeling that you should not ignore.

The rules about being safe from violent crime are really no different from anywhere else in the world, although many ex pats will tell you that they feel much safer out at night in Hua Hin than in their home town. 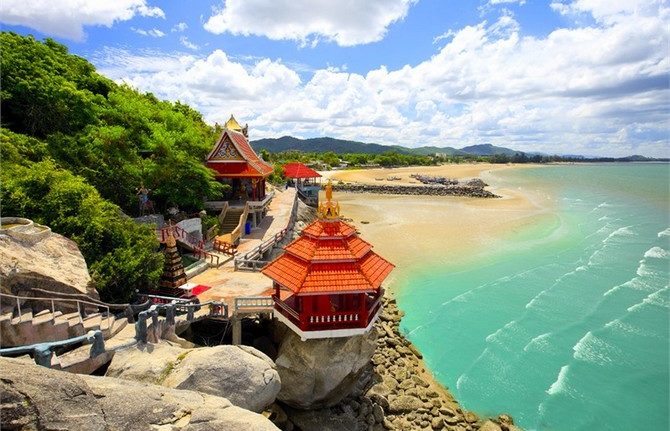 Many residents and frequent visitors to Hua Hin begin their Thailand experience and love of the culture, lifestyle, climate and natural attractions of the country by exploring Bangkok. However when that burgeoning metropolis becomes too overwhelming, they explore further afield looking for a more peaceful and relaxed location.

Hua Hin becomes the choice for those looking for a family friendly destination; being drawn to the beach lifestyle but still accessible to the ‘Big Mango’. However central Hua Hin has its own urban pressures and that is when the newly emerging location of Khao Tao beckons.

Khao Tao is not to be confused with the diving island of Koh Tao which is much further south off the Chumphon coast. The idyllic village setting of Khao Tao is a mere 12 kilometres from Hua Hin with an ambience of its own. For those who want to escape Hua-Hin’s relatively busy ‘city centre’, this is a place for you to discover.

Take Phetchakasim Road, the main highway south from Hua Hin, past Ratchapakti Park featuring the massive statues of Thailand’s great kings of the Chakri Dynasty. Soon after, Soi 101 is the entrance road which becomes Khao Tao Road. Once that entry road is taken towards the coast and after crossing the railway line, you’ll begin to experience the Khao Tao village ambiance.

There are a number of condo developments at the northern entry but they have remained separate from the main settlement. Towards the village, the entry road passes by the local school and temple as well as many small restaurants and coffee shops. An early browsing opportunity can be found at a royal project where silk weaving by local villages on hand operated looms is a traditional niche industry.

A little further on and the road meanders past small lanes with low density housing which provides easy access to the main wide sandy beach. A scenic lake on the other side of the road now comes into view. The lake was formed when a reservoir was built as the first royal initiative for sustainable water management. This royal connection resulted in an off-shore pavilion being built to celebrate the King’s 90th birthday anniversary on 5th December 2017.

There is an opportunity to sit at a lakeside bench and ponder this monument, casual fishermen, walkers or joggers who may circumnavigate the lake along on a wide circling path. You may be also be offered the chance to release some fish fingerlings as a tradition way to earn merit and good luck apart from maintaining the lake fish stock.

The area is usually not too busy although a bus load of tourists can appear on weekends or holidays. There is also a weekly ‘walking street market’ provided by local vendors and entertainers. The lake is also a spectacular venue for the annual Loy Kratong Festival each November with candle lit floats provide an amazing evening vista across the still waters. There’s also an annual paddle boat festival for some frantic action on the water each December.

At the end of this road the Khao Tao fishing enclave becomes an opportunity to discover the workings of the traditional Thai fishing industry with the freshest seafood you will ever find on offer.https://www.youtube.com/embed/jGcQXS4QwlI?feature=oembed

For many the highlight of a visit to Khao Tao is to explore the Khao Tao temple complex with its Chinese influence and walkways past man-made caves, statues, shrines and viewpoints. At the lower level the final viewpoint features a turtle statue overlooking the bay and offshore islands.

Khao Thao may be translated as ‘turtle hill’ in recognition of the rocky outcrop overlooking which provides the backdrop towering over these temples (khao = mountain, tao = turtle).

The more adventurous and physically able may choose to climb to the higher levels where a giant golden Buddha statue commands even more extensive views north and south towards the secluded Sai Noi Beach.

Returning back along the main entry road you may wish to turn inland (Phrartchadamri Road) behind the lake and heading south towards the cove of Sai Noi beach behind the Khao Tao hill. Just a little further and you will reach the Pranburi Forest Park or perhaps the nearby Korea Huia Hin Golf Course.

Along the way you’ll pass a number of luxurious European styled villa complexes popular with retired or holidaying foreigners who are have found their scenic place in Thailand to relax, recharge the batteries and enjoy all the benefits that this piece of Thai paradise offers.

Khao Tao is rapidly becoming known as a relaxing vacation or retirement location south of the busier Hua Hin. It is destined to retain the natural surroundings and the relaxed yet invigorating lifestyle barely affected by modern developments. Discovering Khao Tao is another way to appreciate how the region has so much to offer. 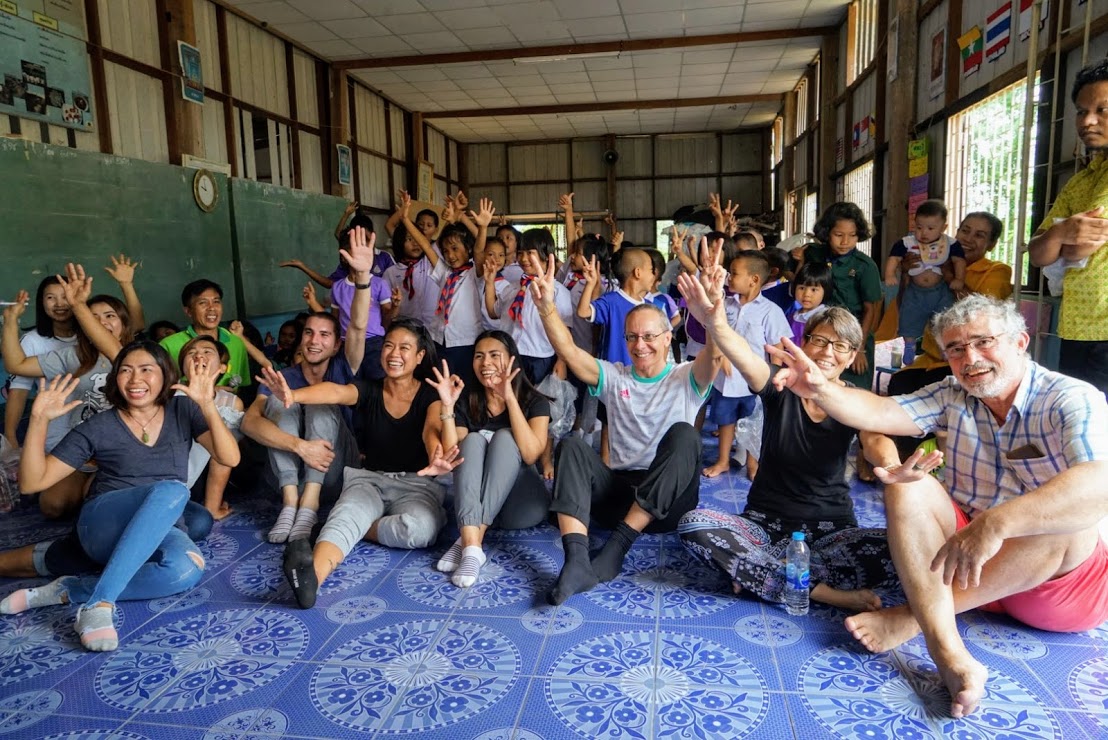 On 19th September 2018, Manora Co. Ltd., has organized the charity event and visited Noen Payom School in Hua Hin – Pranburi, with 54 children ranging from 2 to 12 years old. We would like to thank all the Manora Village Hua Hin employees, home owners, local businesses and other supporters for their contribution and for participating in this noble cause. As you can see from the photos bellow, we had a great day and made a lot of children happy.

Manora Village Hua Hin organizes Charity events a few times per year, so if you would like to join us in the future, please send an email to matteo@manoraproperty.com, and we will inform you about our next event. 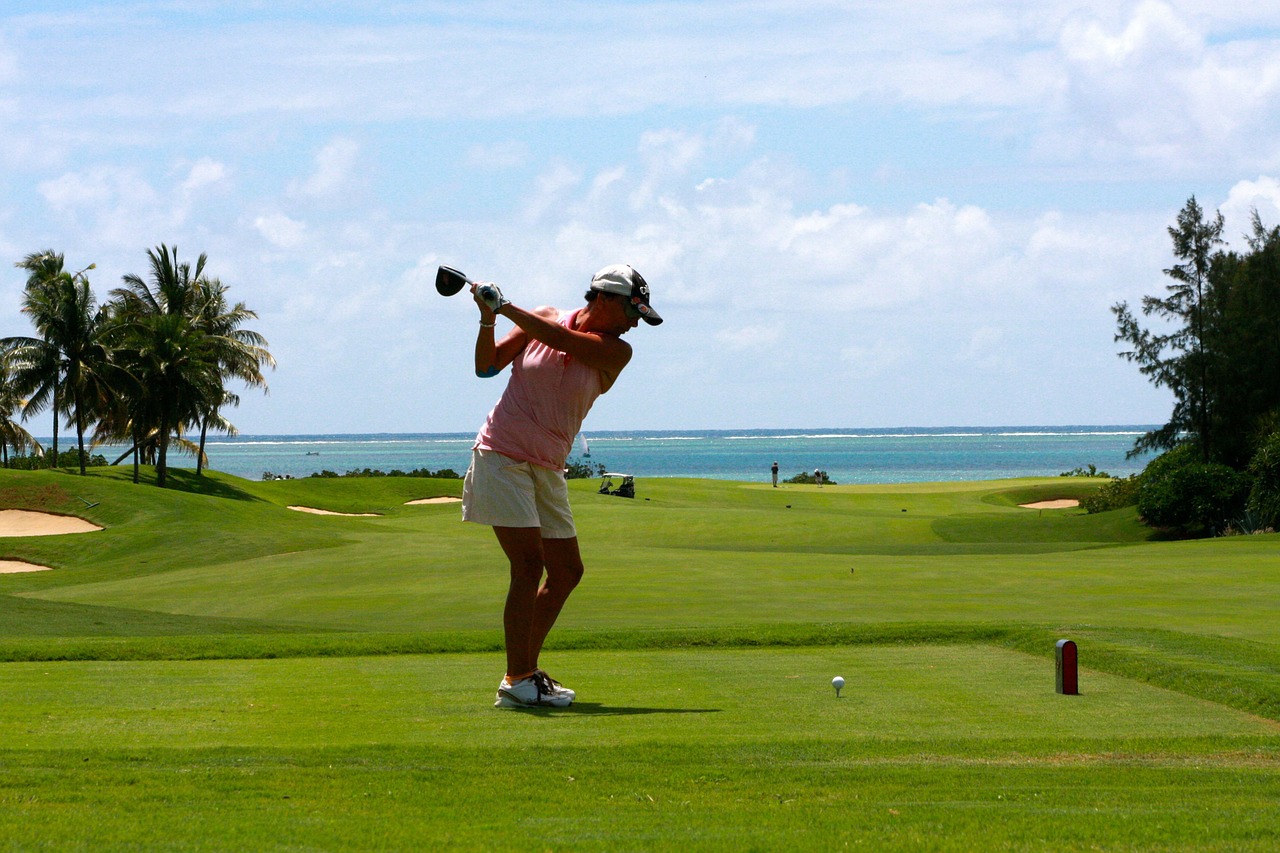 All house owners, guests and sponsors are invited to take part in a full day trip to Kaeng Krachan with a golf tournament and dinner. 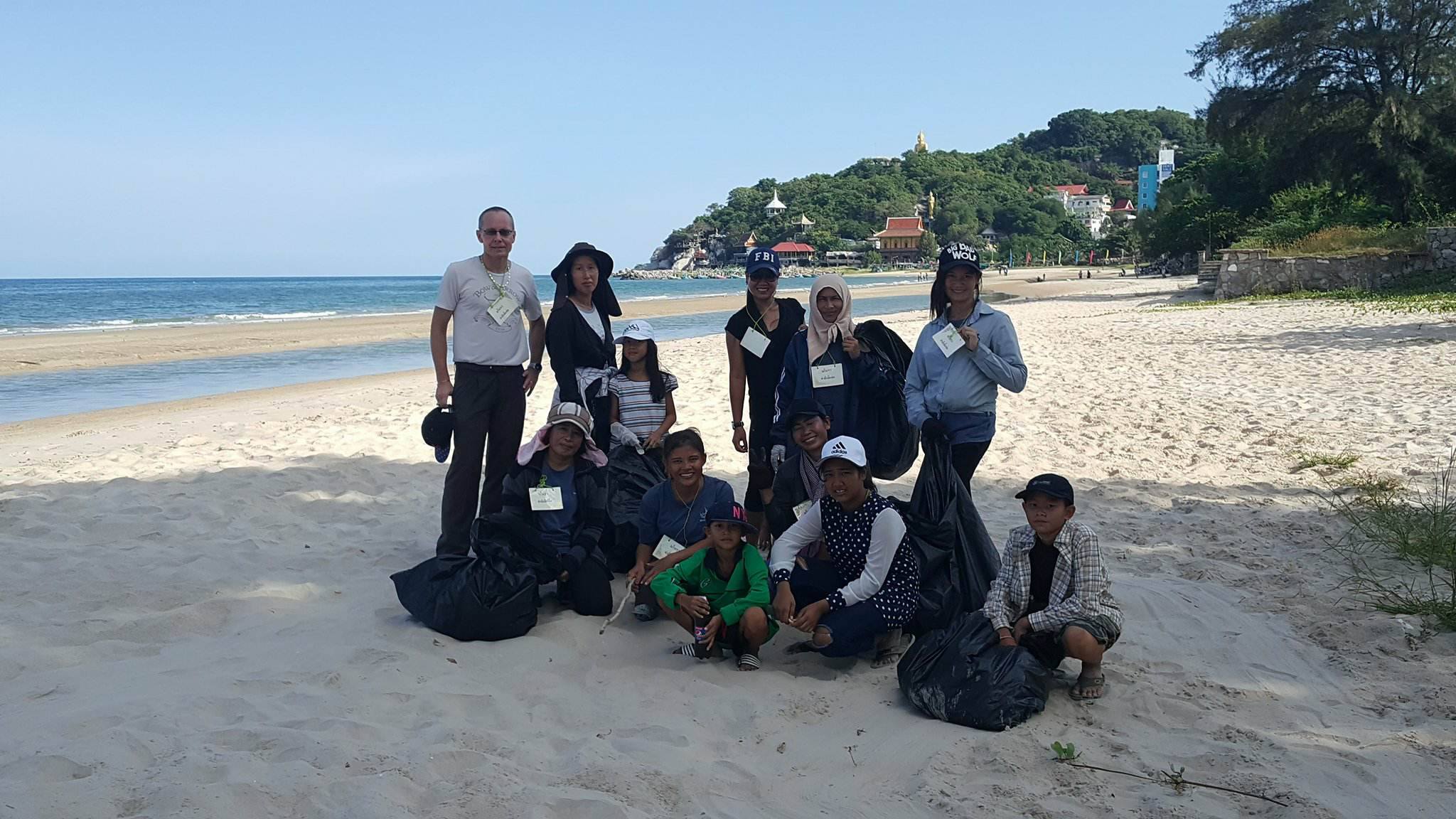 On Sunday, October 22/2017, Manora Village organized its first “Khao Tao Clean Up Day”. As we like to keep our community clean and green, this kind of events will be organized more often in the future. We would like to thank every person, who dedicated their free time to join us in this noble cause, and encourage other people to join us as well. If you would like to participate, we kindly ask you to send us your name and email, so we can inform you on time about the next event, or simply follow our Facebook page: https://www.facebook.com/ManoraVillage/. 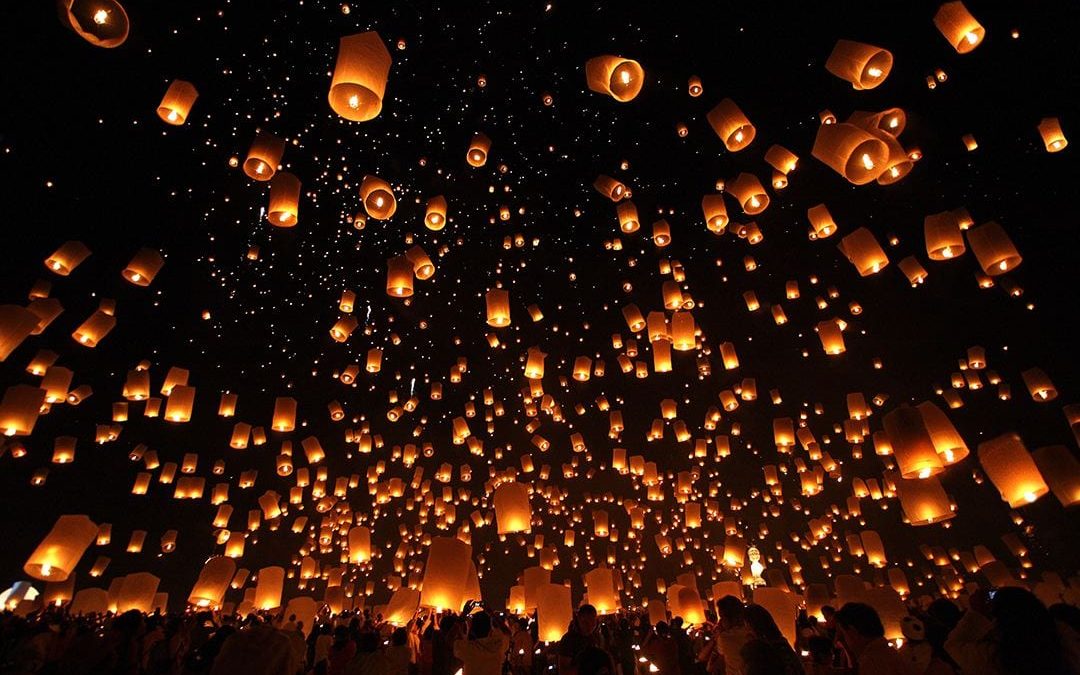 Yet again, we are looking forward to spoiling you with a culinary delight. Loy Krathong is one of the oldest Thai holidays and is celebrated on the 3rd November 2017. The festival of lights, as Loy Krathong is also called, represents the union between theThai culture and the water. We would like to pamper you with a traditional Thai buffet on this holiday and will serve excellent Thai food as well as many classic Thai desserts.

The opening is from 18.00 and you will be welcomed with Loy Krathong music and mood. For only THB 399 this is a pleasure you should not miss!